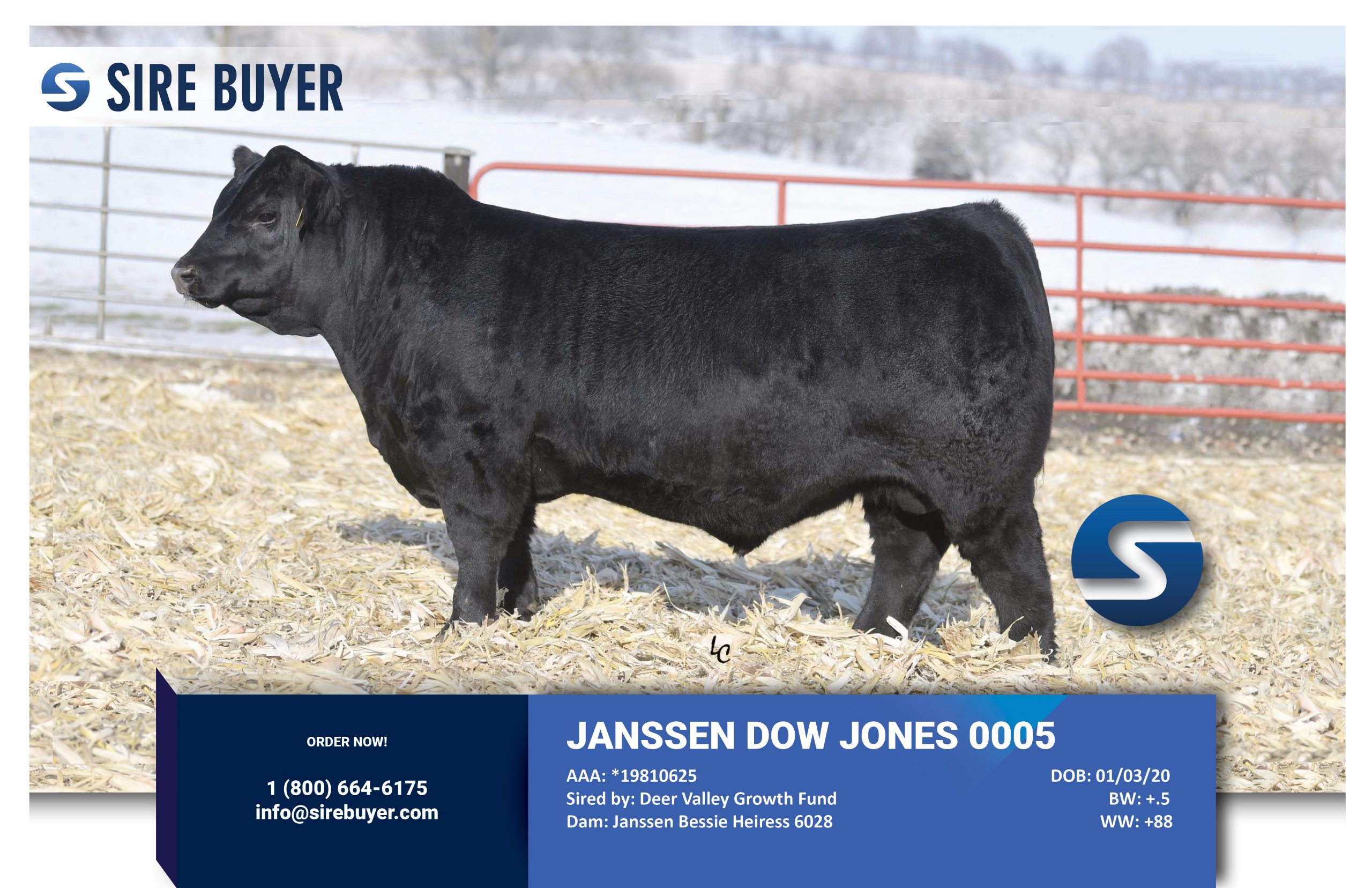 “Janssen Dow Jones 0005” is an impressive herd sire that might be the most valuable bull every produced at Janssen Angus. Representing his remarkable performance heritage, this popular bull balances a moderate individual birth ratio of 85, with an outstanding weaning ratio of 125 – combined with a 365 day weight of 1545 lbs (which ranks in the Top 5 of the entire Janssen Angus calf crop). He has a CED epd of +12 – making him amongst one of the most sought after HEIFER BULLS in the country within his rookie breeding season! His sire, Deer Valley Growth Fund, is one of the most widely used sires in the country – his highly productive dam balances a progeny birth ratio of 99, with a progeny weaning ratio 127 on her first two calves!
PURCHASE UNITS
$40.00 PER UNIT
$40.00 per CERT 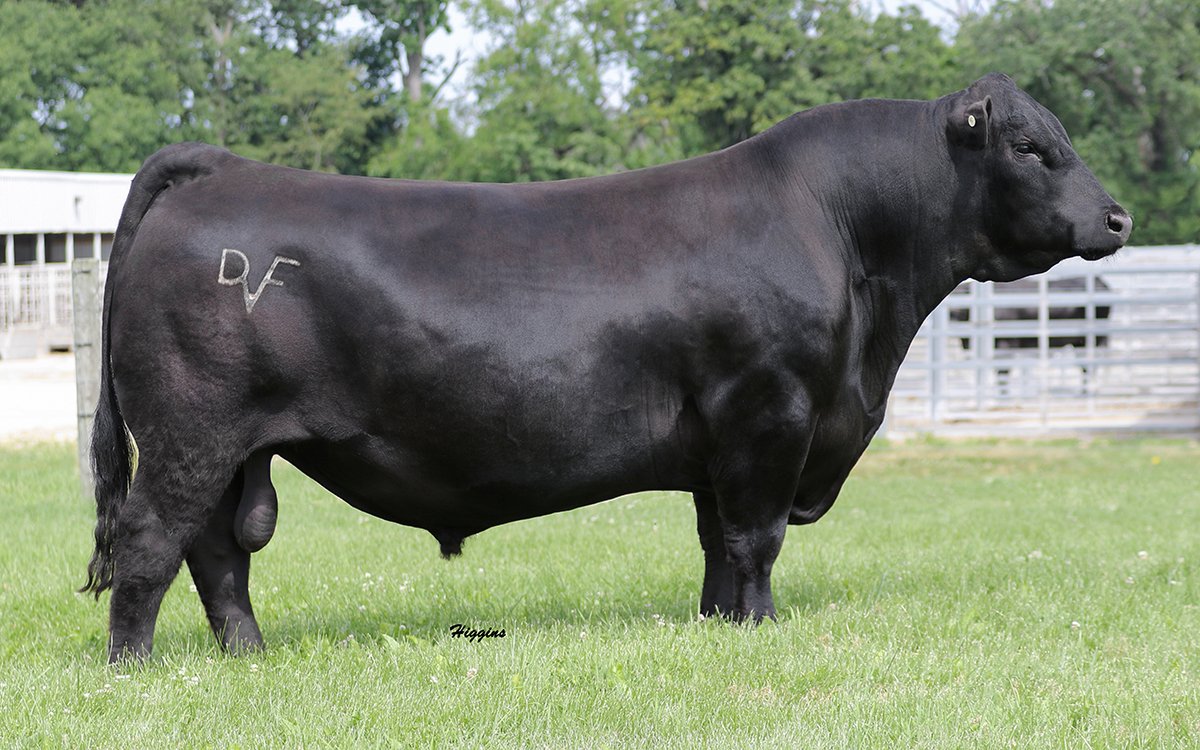 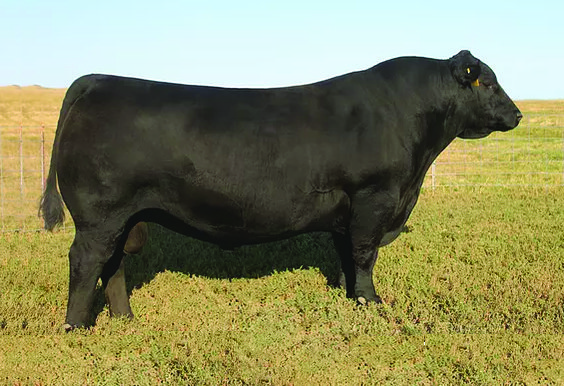 KEEP UP WITH OUR NEWLY ADDED ANGUS SIRES! WE ADD THE HOTTEST BULLS ACROSS THE COUNTRY!

Click The Link Below To View This Sires Current EPD Profile On The American Angus Association Website!

LEARN MORE ABOUT 'JANSSEN DOWN JONES 0005'