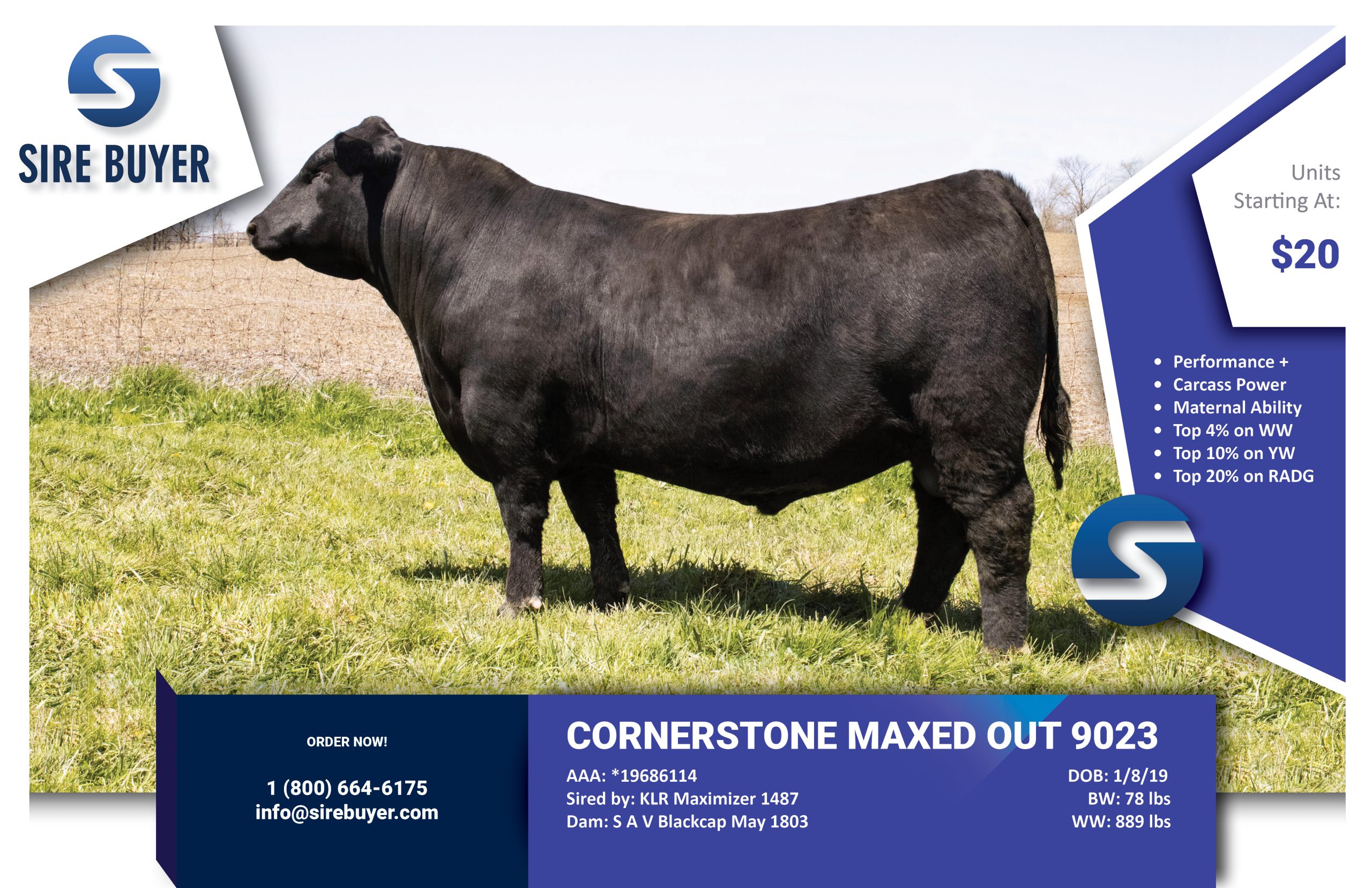 Maxed Out was a standout from birth, showing the greatest spread of BW 78 lbs to WW 889 lbs and YW Spread of 1400 lbs, along with the top IMF Ratio of 125 and largest Ribeye of his calf crop. He exemplifies the best characteristics of his sires Performance who is the #1 WW and YW EPD bull in the breed and Fleshing ability and depth of rib from his dam who is a flush sister to SAV Angus Valley 1867.

His phenomenal donor has five daughters in the SAV Herd . SAV Blackcap May 1803 a flush sister to the $200,0000 SAV Angus Valley, is a daughter of the $75,000 Pathfinder sire and Accelerated Genetics AI sire, SAV Iron Mountain 8066, Her Dam 15-year old Pathfinder dam who is the third top-income producing cow in SAV history and has tallied $1.7 million in receipts on 97 head averaging $17,539 in past SAV sales. She has six sons working in AI studs including the $200,000 SAV Angus Valley and the $92,500 SAV Brave. 1803 is also a maternal sister to SAV Blackcap May 4136 who has shattered all records as the #1 income producing cow in SAV history generating an astounding $9.6 million in progeny sales to date with 149 direct sons and daughters averaging $49,800 in past SAV sales to cattlemen in 25 states, Canada and Brazil. 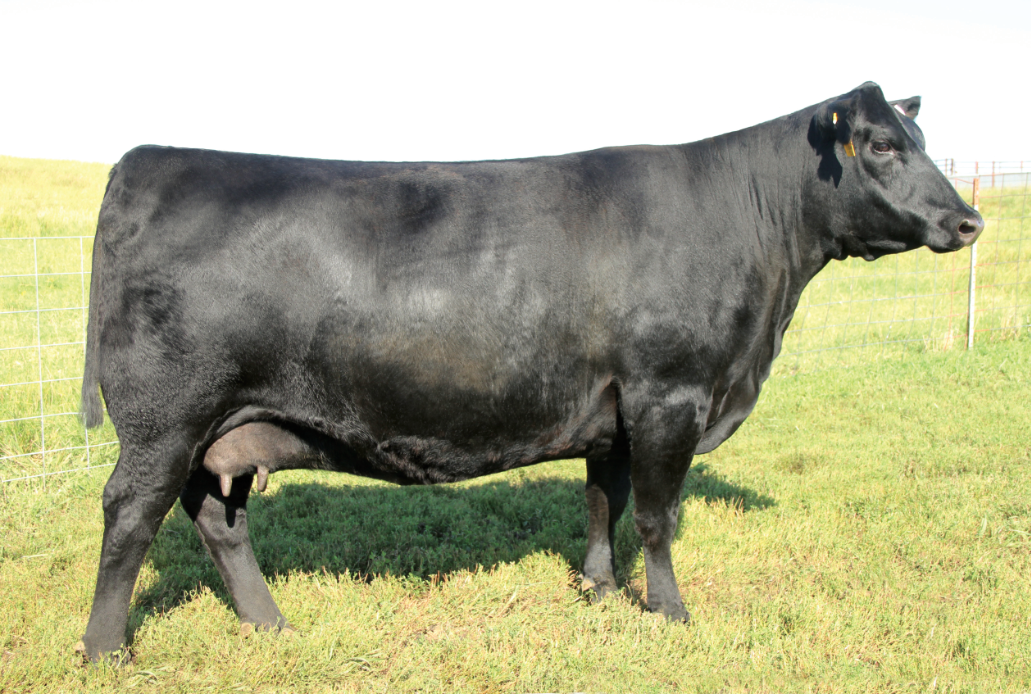