S A V Emblynette 6042 is a quality donor and matriark in the Schaff program.

6042’s maternal brother: SAV Senator 8191 is a dominating performance bull with massive volume, thickness, muscle and pounds. He earned a 205-day weight of 1012 lbs. for a weaning ratio of 113, ranking among the seven top-indexing bulls of his entire calfcrop and sporting EPDs for weaning and yearling weight that place him at the front of the entire Angus population.

His beautiful, nice-uddered dam records a weaning ratio of 107 on 3 calves and is the #1 marbling cow in the SAV herd. She is a flush sister to SAV Cattlemaster 4873 at ST Genetics and maternal sister to SAV Real Performance 4876 at Alta Genetics. A daughter is retained in the SAV herd and another was selected by Schaefer Angus as a top-selling feature of the 2017 SAV Sale.

His productive grandam by Net Worth comes from four consecutive generations of Emblynette Pathfinders. She has 34 direct progeny highlighting past SAV sales to cowmen in ten states and Canada. 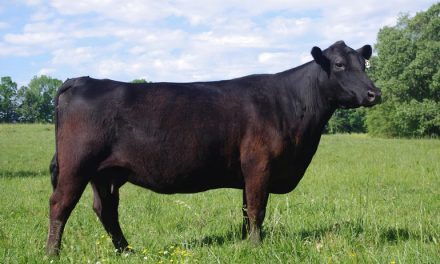 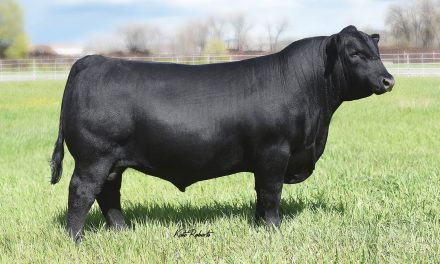 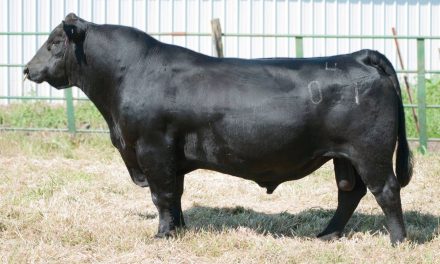